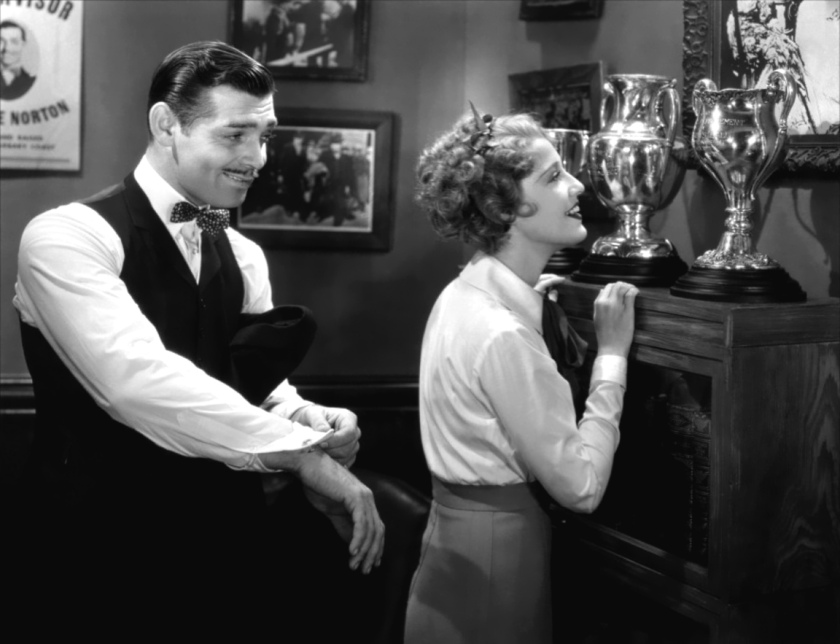 I just recently watched the 1936 disaster film, “SAN FRANCISCO”, which starred Clark Gable, Jeanette MacDonald, Spencer Tracy and Jack Holt. Released 30 years after the actual event, the movie is basically about a Barbary Coast saloonkeeper (Gable) and a Nob Hill impresario (Holt) who became rivals for the affections of a beautiful singer (MacDonald), both personally and professionally in 1906 San Francisco. The story culminated in the deadly April 18, 1906 earthquake that devastated the city.

In the movie, a gambling hall tycoon named Blackie Norton (Gable) hires an impoverished but classically-trained singer from Colorado named Mary Blake (MacDonald). Mary also attracts the attention of a wealthy Nob Hill patron named Jack Burley (Holt), who believes that she is destined for a better career as an opera singer. Mary becomes a star attraction at Blackie’s saloon, and a romance develops between them. Complications arise when she is also courted by Burley. He also offers her an opportunity to sing in the opera. Meanwhile, Blackie’s childhood friend, Roman Catholic Father Tim Mullen (Tracy), keeps trying to reform him, while the other nightclub owners attempt to convince Norton to run for the City and County of San Francisco Board of Supervisors in order to protect their crooked interests. Despite Father Tim’s best efforts, Blackie remains a jaunty Barbary Coast atheist until the famous 1906 earthquake devastates the city. He “finds God” upon discovering that had Mary survived.

Basically, “SAN FRANCISCO” is an excellent movie filled with vitality, good performances and great music. Director Woody Van Dyke did an excellent job of capturing the color and energy of San Francisco during the Gilded Age. He was ably supported by the movie’s Assistant Director (Joseph M. Newman) and montage expert (Slavko Vorkapich). Composer Bronislaw Kaper and lyricist Gus Kahn wrote the now famous title song, performed by MacDonald. One of the best moments in the film occurred when MacDonald’s character announces her intention of performing the song in the movie’s Chicken’s Ball, producing applause and cries of joy from the audience. As for the famous earthquake itself . . . I am amazed that after seventy years or so, I still find it impressive. To this day, the earthquake montage is considered one of the standards that all disaster films are compared with. In fact, Assistant Director Newman won a special Academy Awards for his work.

Robert Hopkins (who received an Oscar nomination) wrote the story for “SAN FRANCISCO” and the famous Anita Loos wrote the screenplay. Hopkins and Loos created a good, solid story. But I have to be honest that I found nothing remarkable about it. It seemed like your basic Gable programmer from the 1930s that easily could have been set during any time period in American history . . . well, except for the actual earthquake. I do have one major problem with the movie’s plot – namely its religious subplot in which Father Mullen spends most of his time trying to redeem Blackie. Quite frankly, it struck me as heavy-handed and a little out of place. Perhaps Hopkins and Loos had intended for the scene in which Blackie found Mary offering compassion to some of the earthquake’s survivors to be a tender and emotional moment. It could have been . . . if they had left out the heavy religious theme.

The only good thing about the religious aspect of the story was Spencer Tracy’s presence in the film. One cannot deny that he gave the best performance in the movie. Well, he and veteran actress, Jessie Ralph, who portrayed Jack Burley’s Irish-born mother. But Tracy’s presence also meant that one had to deal with the movie’s religious subplot. And as much as I liked Tracy in the film, I think it could have done without him. Jeanette MacDonald gave a solid performance as the saloon hall singer-turned opera diva, Mary Blake. However . . . I found MacDonald’s singing more remarkable than her character. Pardon me for saying this but Mary is one boring woman. Rather typical of the female characters that Gable’s characters had romanced in his movies during the mid and late 1930s. I find it amazing that two dynamic men like Blackie and Burley were so dazzled by her. Both Clark Gable and Jack Holt gave solid performances as the two rivals wooing for Mary’s hand. Ironically, despite the differences in their characters’ backgrounds, they were chillingly alike. Both were charming, gregarious and extremely underhanded men. Quite frankly, I found it amazing that Mary could prefer one over the other.

Despite some flaws – the most obvious being the religious subplot that turned out to be as subtle as a rampaging elephant – “SAN FRANCISCO” is a first-class, rousing movie filled with music, drama, laughs and one of the best special effect sequences in movie history. I heartily recommend it.